All Private Walking Tours need to be booked in advance!

Please contact 07949588840 for further information or email me at infojacktheripper.walks@gmail.com.
Parental Guidance gruesome material unsuitable for some under 14’s! 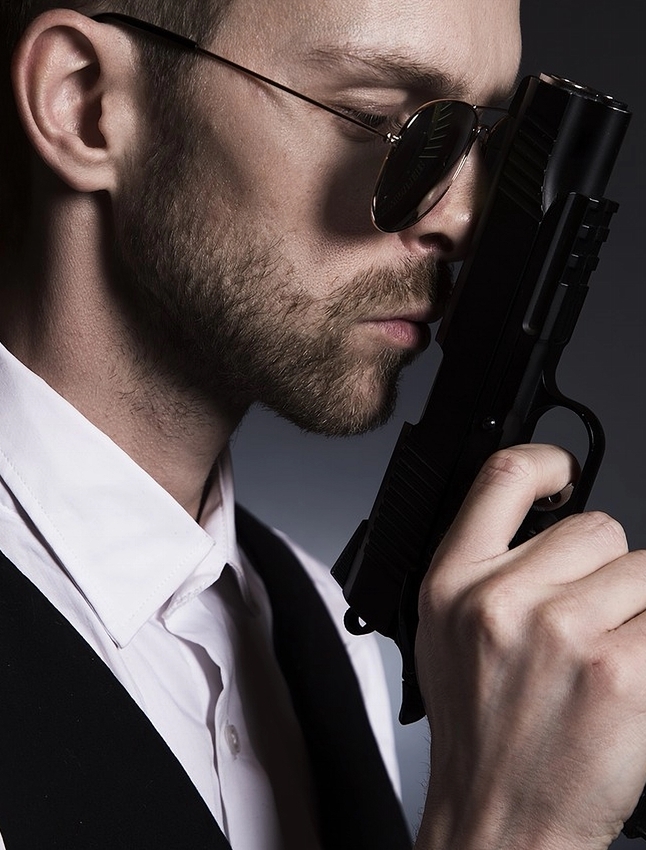 Jack The Ripper-Walks  presents a thrilling Gangster’s of Soho tour with someone who was actually in the area in the 60’s & 70’s when it was all happening.

The nightlife, the clubs, famous people who mixed with the gangsters on the scene at the time. The Krays, Frankie Frazer, Freddie Foreman and many others who ran this area at one time or another. The scandals, the sex-shops, dives and clip-joints. Get all the inside information! A 2 hour tour (approx) around one of the most exciting area’s in London, even today!

Unsuitable for under !8’s 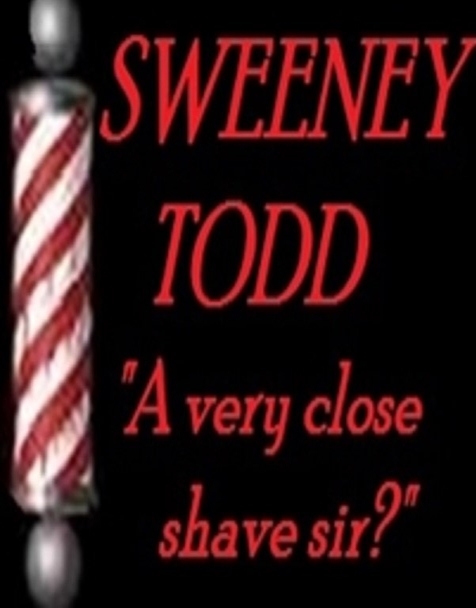 Please contact 07949588840 for further information or email me at address below.

Parental Guidance gruesome material may be unsuitable for some under 10s!

Other Private Walking Tours by Jack the Ripper-Walks

Meeting at Tower Hill Underground Station)
Walk takes 1.:45-2:00 hrs depending how long you stay in each pub! Tour unsuitable for under 15’s due to pub visit. 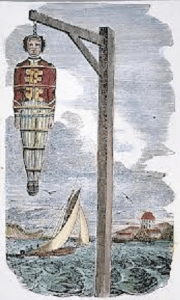 Starting our walk at Wapping Overground Station we will tour this fascinating area on the banks of the Thames. A place that over the ages has been the haunt of smugglers, pirates, sea captains and people fleeing from the authorities.

Along the way we will see three Wapping pubs each, with it’s own unique character.  Turner’s old Star once owned by the famous artist.

The Captain Kidd pub named after one of the most notorious pirates of all, the who was originally a member of the British navy. Hear about his downfall and subsequent execution in 1701.  Also, many other pirates who were hanged here then displayed at Tilbury Reach to warn others against piracy! The pub where the notorious Judge Jeffreys the “Hanging Judge” a Catholic, who presided over the ‘Bloody Assizes’, caught trying to escape after the Monmouth Rebellion, just as William of Orange the new Protestant King was arriving here.  Dickens Inn on St Katherine’s Dock once used to as a beer brewery and a tea warehouse. Captain Bligh of mutiny of the Bounty Fame lived here, Jacobs Island across the river where in Oliver Twist, Bill Sykes fled after the murder of Nancy and met his gruesome fate! Past St Katherine’s Dock, with beautiful yacht’s and moorings on our way to the final stop at the Tower of London where you will hear the story of Captain Blood stealing the Crown Jewels

Our tour will end at Tower Hill station where you can catch a District or Circle Line train for your journey home. Click here to check out our great reviews

See where Brian Epstein’s office stood next door, the manager of the Beatles (for anyone who doesn’t know) On to Carnaby St the heart of London’s fashion where all the Mod’s and some Rockers bought their clothes. Past the Spirit of Soho Mural on to Berwick St Market where a famous tailor made suits for the stars. Coffee shops and new music venues were plentiful such as the Macabre, Freight Train, ‘Les Enfants Terrible’, the Flamingo, the Bag O Nails, the Roaring Twenties, Ronnie Scott’s Jazz Club. There were nightclubs such as the the Boulonge, the Pipsistrello, Murray’s, the Astor Club (where the Kray’s went). Oh, talking of the Krays did you know they had a club in Gerrard and many more t , the heart of Chinatown today. We will end our tour at the spot where the famous 2I’s Coffee Bar stood where acts such as Cliff Richard, Hank Marvin, Jet Harris, Tony Meehan, Brian Bennett, Tommy Steele,  Joe Brown,  Screaming Lord Sutch, Mickie Most (as The Most Brothers) and Paul Gadd (who became Paul Raven, later Gary Glitter), and many more appeared before they were famous. I know because I used to go there and worked in many places in Soho, even lived there at one stage! You can either get fish & chips at Poppies which now stands on this spot or walk to Tottenham Court Rd or Leicester Sq Station for you journey home! 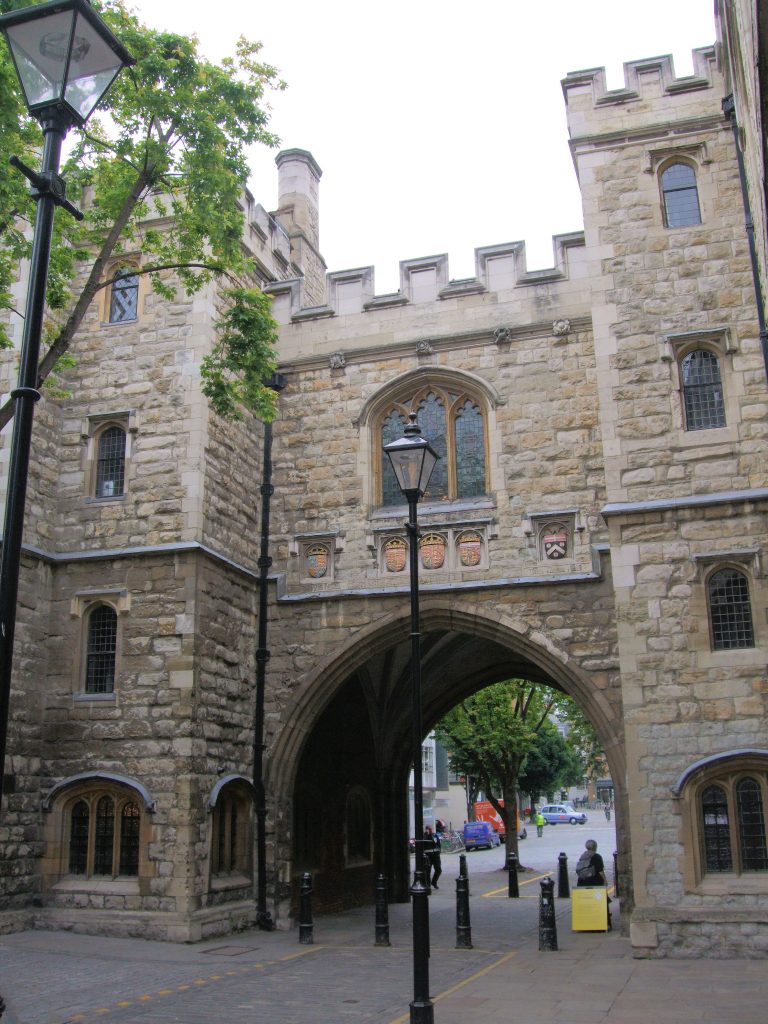 Tour Smithfield an area full of tales of monastic knights, the crusades, plague, rebels and executions. In the 14th and 17th centuries London was devastated by plague, many victims of the first outbreak were buried here in Charterhouse Sq and just along the street the Great Fire of London blew out, a fire that was rumoured to have helped stop the second plague!
On the north side of Smithfield lies our wholesale meat market and what an apt place for it to be for in the 15th-16th centuries this was a place of execution! Hear the tales of these unfortunate victims including “Braveheart ” William Wallace and the leader of the peasants revolt, Wat Tyler, also other religious martyrs!

See St Batholomew’s Church featured in many films dating back to 12th century, hear about the ghost who haunts the churchyard! Want to find out more about us? 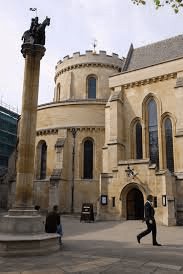 Our tour will take a route that lies between Fleet St and the river Thames. Here we will walk through the Temple, an area dating back to the 12th century that was built by the Knights Templar, at the time the richest monastic order in the world. Hear how they lost their wealth, position and ended up tortured and executed by the King of France!

They lost the Temple, due to this and how it was inherited by another band of knights the Knights Hospitaller, learn how it eventually came to be in the hands of the legal profession today. Temple Bar the dividing line between the City of London and the City of Westminster where the heads of convicted criminals were displayed in the 18thc. See The Royal Courts of Justice or The Law Courts as they are known, hear about the crime ridden rookery that stood here before. Oddly enough there is a building here with a strange connection to Jack the Ripper!

Next we will turn our attention to the world of books and printing and the many famous authors who lived and worked here. The newspapers printed here from 1487-1980s. You will walk to Dr Johnson house and hear about the first English dictionary,about his biographer James Baldwin, who noted down his many pithy sayings and wisecracks for posterity.  See one of the oldest pubs surviving today, the first built, just after the Great Fire of London -Ye Old Cheshire Cheese, in an alley just off Fleet St, where many of these writers  including Charles Dickens, Oliver Goldsmith, Tennyson, Mark Twain who visited or worked here and propped up the bar over the ages. Samuel Pepys and his kitchen table operation and end our tour at St Bride’s Church the Wedding Cake Church.

End up by St Brides church Fleet St and visit the crypt to see the remains of six churches that have stood here since Roman times! Go to Sweeney Todd for details of another walk in this area!

Check out our gallery for some of the photos you will see on our walks!

For any of our Jack the Ripper,  or  our Private Walking Tours prices start at £100.00 for private groups!  For the great value this represents please check out our Bookings Page

A walk around the murder sites of the worlds most iconic serial killer, with commentary by expert Ripperologist and Photos of crime scenes and victims. Please see booking page for further help in booking.

Small groups of not more than 6 for a 2:15 hrs for those who might want to book as a family only!